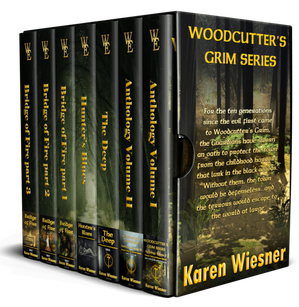 For the ten generations since the evil first came to Woodcutter's Grim, the Guardians have sworn an oath to protect the town from the childhood horrors that lurk in the black woods. Without them, the town would be defenseless…and the terrors would escape to the world at large.
​
Purchase and read excerpts:
www.writers-exchange.com/woodcutters-grim-series/ 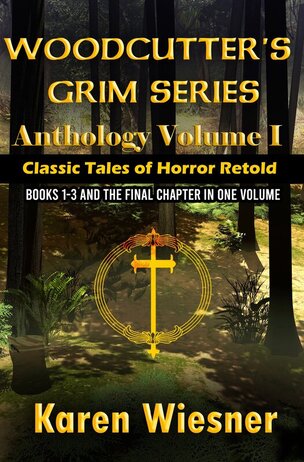 A horrifying rendering of “Hansel and Gretel” in which revenge is served up sweet... Less than a year after Rand left his family for Amy, his ex-wife and two children are killed in an accident. Ever since then, Amy has had terrible nightmares in which Rand's children return to exact revenge. When Rand convinces her to come away with him to an isolated cabin in the woods, Amy's guilt-filled nightmares turn into pure horror.

A bloodcurdling answer why Rumpelstiltskin wanted a child of his own... Amethyst's father disappears and Sheriff and Guardian Gabe finds him drained of blood. When Amethyst herself grows pale, cold, wakes only in the night when her taste for blood overwhelms her, Gabe becomes aware something in the woods is stealing her life. He'll face his deadliest foe yet when the woman he loves falls prey to a nameless creature who wants her very soul.

Dancing to the Grave, Book 3

Loosely based on “The Pied Piper of Hamelin”. The children of Woodcutter's Grim are changing...and only one person, music teacher Diane Anders, realizes the truth. Can she and her husband, Kurt Jones, a member of the ancient lineage of the Protectorate's Chosen Seven, save them and the future of their town?

The Amethyst Tower, The Final Chapter

Loosely based on “Rapunzel”. The isolated maiden meets her knight in a time-traveler who's come into the future to rescue her from the Warlock Lord holding her captive in the amethyst tower. Where else but in the fairy-tale-horror town of Woodcutter's Grim? 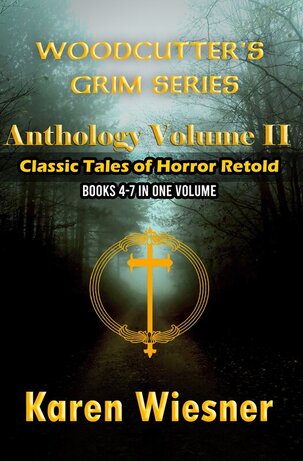 Very loosely based on “The Town Mouse and the Country Mouse”. When her child becomes deathly ill and none of the doctors and specialists can help him, Heather Rowe rushes to Woodcutter's Grim, hoping the boy's father can help their child. But Lance Shaussegeny's explanations terrify Heather, even though she's intensely attracted to him all over again. She soon learns that nothing in Woodcutter's Grim—including Lance—is what it seems.

Very loosely based on “The Little Mermaid”. Glynnis Shaussegeny becomes bewitched by the mystery man who appears out of nowhere on the abandoned property across the lake from her family’s estate. But does Aric Sayer have even more dark secrets than she does?

One Night of Eternity, Book 6

Loosely based on “The House That Jack Built”. Gavin has broken the covenant with his wife. Although he regrets his faithlessness, the house he's built for himself is beginning to tumble down around him. Only his mate's undeserved forgiveness will free him from his punishment to re-live his betrayal over and over for all time.

Beauty is the Beast, Book 7

Very loosely based on “Beauty and the Beast”. When Ransom Shaussegeny attempts to cure the family curse, he becomes a werewolf trapped in beast form and isolates himself inside the family fortress. Upon meeting a beautiful enchantress, he falls under her spell and no longer knows whether the evil in Woodcutter’s Grim is about to have the last laugh by dooming him, the woman he loves, and his family for all time... 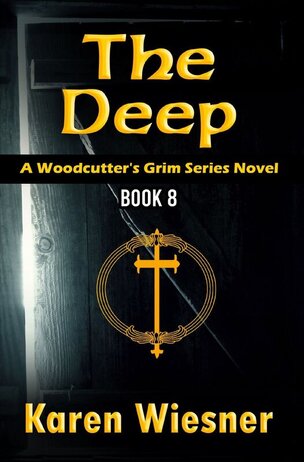 Very loosely based on “Metamorphoses: The Story of Pygmalion and the Statue” by Ovid. Cheyenne Welsh can't forget her past and the disappearance of her younger sister. When she returns to Woodcutter's Grim to sell the family property she grew up on, she's confronted with all the nightmare-realities of her childhood, still alive and well, still right where she left them--down in the darkness the Deep dwells inside. Her home... 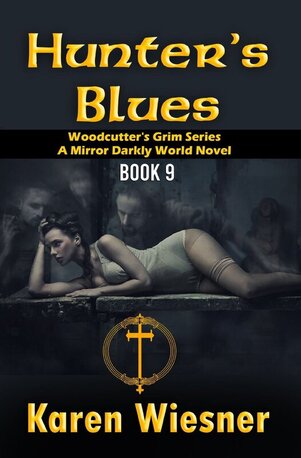 ​​Loosely based on “Snow White and the Seven Dwarfs”. When the evil in Woodcutter’s Grim unleashed, humans turned into ghouls with the instinct to contaminate others. The Protectorate—the guardians sworn to protect the town—are all that hold the threat at bay. Guardian hunter Reece Pallaton discovers the source of the evil, the mirror that’s only the opposite half of the “glass darkly” world he lives in, and his own terrifying connection to both. 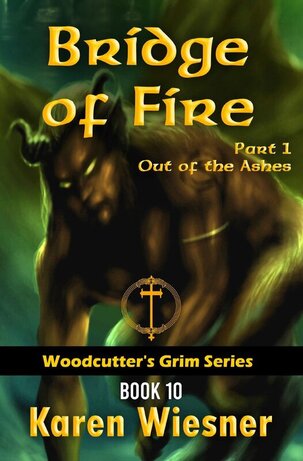 ​​Loosely based on "The Three Billy Goats Gruff". The youngest son in a family of shape-shifting goats, William Gruff escaped a dire fate but his life is desperately lonely, engineering fantastical bridges that defy logic. Nothing prepares him for meeting Adaryn Azar.

Adaryn has a secret that keeps her on the run. Just as everything she's ever wanted is about to come true with Liam, her enemy discovers her. But starting over would mean losing the timeless love she's found with Liam… 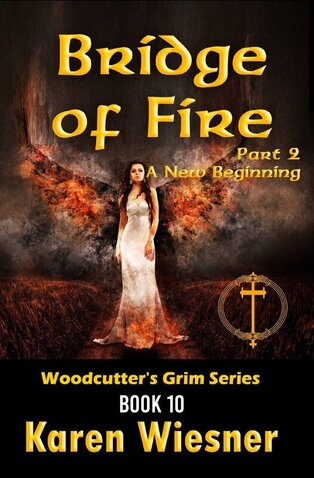 ​Loosely based on "The Three Billy Goats Gruff". The son of shape-shifting goats, William Gruff escaped a dire fate when his family is bound to the evil pervading Woodcutter's Grim, the only shelter for supernatural creatures. Adaryn Azar, a legendary phoenix, changes his lonely life. But a happily-ever-after may be impossible when the hunter who's tracked her for centuries finds her again. Dying and resurrecting would mean forfeiting the life growing inside her. Unfathomably, Woodcutter's Grim may be the only safe place left. 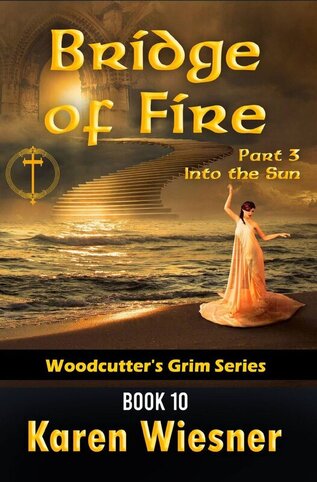 ​Loosely based on "The Three Billy Goats Gruff". A shape-shifting goat, William Gruff escaped being bound to the evil pervading Woodcutter's Grim, the sole shelter for supernatural creatures. Years later, he and his pregnant wife, Adaryn Azar, a phoenix, have no choice but to flee there themselves. But just one phoenix can exist in the world. Will the powerful magic Liam wields consume him before he can build the only bridge that can take him and Adaryn into the sun of Eternal Paradise?