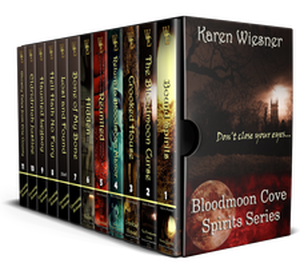 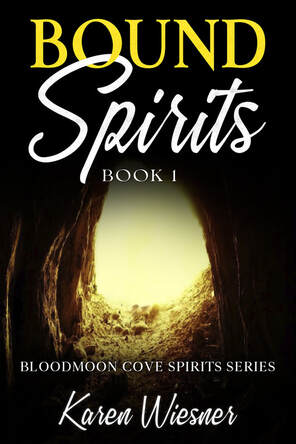 As a child, Esme was kidnapped and locked in a cold, dark basement. Her friends were rodents, insects, and the changeable terror that held her hostage. The only thing that kept her sane those nightmare years were her books. She’s been on the run since her escape a few months ago, never expecting to find another bound spirit come back to life. 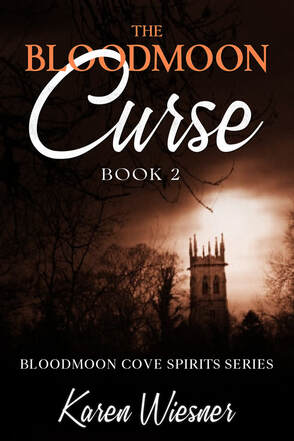 An unsuspecting nurse is lured to an ancient family mansion said to hold both ghosts and horrifying secrets in order to care for three orphaned children. Amberlyn was brought to Bloodmoon Manor to uphold the family legacy. Either she finds a way to escape with the children…or she becomes the next bloodmoon bride. 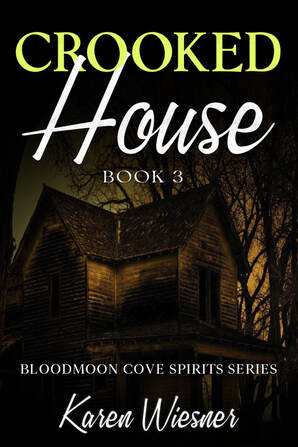 Some doors, once opened, can never be closed again…  Corinne has become the heir of her dead husband's family estate. Crooked House lives up to its disturbing name, as does the last of the line who disappears so often she could believe he's a ghost. But to believe is to accept the claims of ghost hunter, Rafe Yager: The longer she stays in Crooked House, the less chance she'll ever leave. 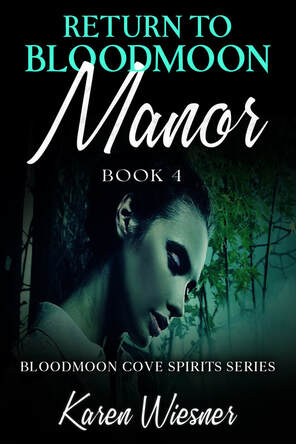 Back into the mouth of hell… Daniel and Hannah are newly married with their first child on the way when Hannah is bequeathed Bloodmoon Manor. After a lifetime of poverty, the wealth associated with that house appeals to her despite that she’d barely escaped it last time with her life. Daniel’s worst fears are justified. They’ve been lured here deliberately, and the horrors that haunt the manor aren’t willing to let Hannah leave ever again… 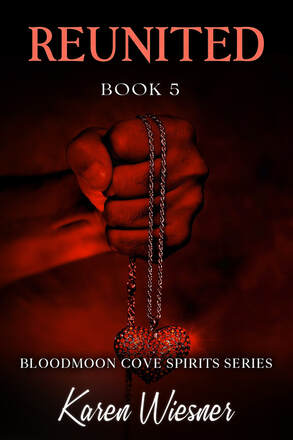 Twyla has spent the last three years suffering under the hands of her husband Dominic. His death gives her a new lease on life: Freedom and the chance to fall in love with her old friend Gray, now the Erie County sheriff. But her happiness isn't meant to be. Dominic's vengeful ghost followed her home and he's determined to reunite them in death and the afterlife so she never again forgets who she belongs to…

Note: Contains graphic content that may not be suitable for sensitive audiences. 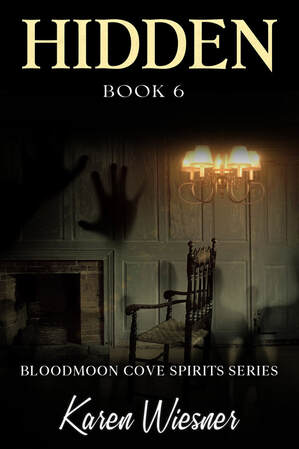 What you don't know can hurt you…

Sybilla marries her much older entrepreneur partner Tobias. Their publishing house produces a book series focused on unusual homes. After suffering memory loss about his past, Tobias inherits an isolated estate at the top of a mountain. Uncovering its mysteries becomes their next project.

The voice of a ghost urges, Find me, leading Syl to hidden rooms and the skeletons of a family desperate to escape its demons… 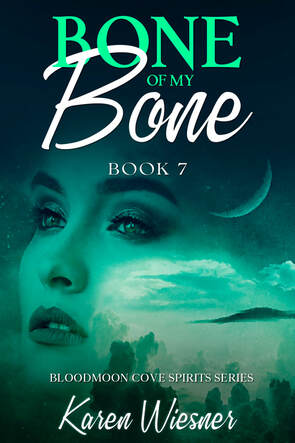 How to bury what won't stay dead…?

When Bennet was eight, he fell for Ice despite how she concealed who she was and where she came from. When they were 19, she disappeared. Still grieving a year later, he's floored at her return. Her comment about "how to bury what won't stay dead" compels him to solve her mysteries. But how does a mortal fight creation's first murderer when the entity bears an immortal seal and made a pact with the devil? 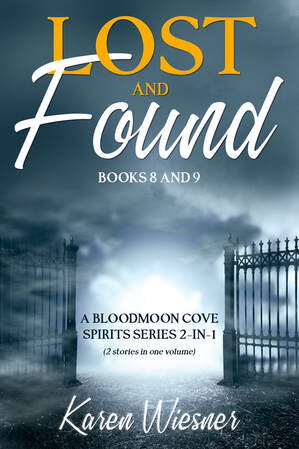 ​
​Lost and Found, A Bloodmoon Cove Spirits Series 2-in-1

Lost, Book 8: True self-discovery begins in being lost and then found again.

Damaris Steele wakes up in an unfamiliar stone cottage in the care of a kindly couple with a passel of young children. She remembers nothing of how she came to be at their inherited property, Black Annis's Bower, nor how she got the massive bump on the back of her head and ended up lost in the middle of nowhere in Bloodmoon Cove with a smashed cell phone, her beloved hamster Stuart Little missing. The large family will contribute nothing toward speeding her on her way. Their words "Time is different in this place" take on a sinister edge when days and nights blend and blur while the Beaumonts' sole interest seems to be focused on unearthing a tunnel they found in their root cellar. Even as she realizes she's helpless to resist aiding them in their task, Damaris fears where the underground passage leads and whether their efforts will uncage something they don't dare set free…
​
Found, Book 9: Are the lost and found souls of this world misplaced…or misled?

Wick Adair has spent his life feeling like he didn't belong anywhere and was forever out of step with everyone else around him. As the son of some of the last Mino-Miskwi Native American descendants, his isolation while the tribe around him dispersed to the four winds was complete. He settled into his quiet position at Bloodmoon Cove's library and nearly lost himself in his desperate unhappiness. When Renatta Chazen steps into his sanctuary, Wick dares to hope that his lifelong loneliness is at an end. Surely Fate…or something far more sinister…wouldn't be cruel enough to tear them apart now that they've both found everything they've ever wanted? ​ 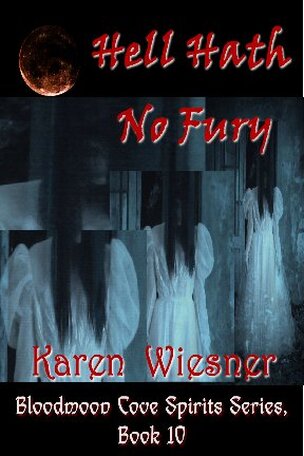 Isabelle Riley hasn't merely inherited a home but also the creepy ghosts that inhabit it.

Just out of college, Isabelle inherits an old house in Bloodmoon Cove that seems perfect as not only a place to live but the site of her chosen livelihood, a bakery. She and her best friend Marshall Dugan pack up and head there. Instead of providing a boon, they find a speck of a town with little business potential and a house in need of major renovations. Isabella senses a ghost trying desperately to communicate with her and, when she finds boxes of old letters in the basement, she pieces together the tragic story of a poor immigrant and the betrothed woman he scorned. Kesara committed suicide over his rejection. Newly awakened, Kesara's mother, now a malefic ghost, plans to finish what she started half a century ago. 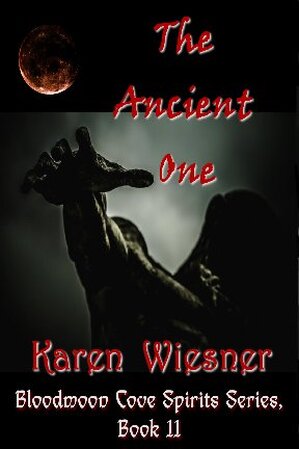 Temporary Cover
​
THE ANCIENT ONE, Book 11

George Maulson and Chenoa Eponi are some of the last descendants of the Mino-Miskwi Native American tribe whose elders disappeared a hundred and twenty five years ago during a ritual on Bloodmoon Mountain. The history and culture of the tribe were lost in a single day while spirits have flooded into Erie County ever since. When an entity who claims to be a tribal ancestor contacts both George and Chenoa, they don’t know whether to listen and heed…or run for their lives.

George's great-nephew Rafe Yager has also settled in Bloodmoon Cove with his beloved wife Corinne and their young family. Any hope of putting aside his ghost hunting days quickly disappears, living in a place so concentrated with otherworldly activity. Despite George's caution about anything mystical, Rafe has been following the trail of a law firm in nearby Grimoire called Umbra. Every road leads him to the insane explanation that Umbra caters to the dead who have unfinished legal business. Rafe never anticipates his quest will take him into the underworld where he discovers an eldritch justice that could heal Erie County's paranormal vulnerability once and for all…or completely sunder the already thin veil between worlds.