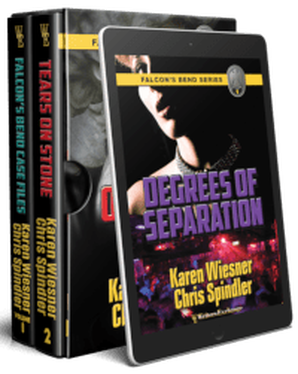 Falcon's Bend is a small, sleepy town in Wisconsin that owns more taverns than churches, but fills both on the appropriate days. Teenagers talk of escape from the one-horse town because nothing ever seems to happen. But, even here in the Heartland, police investigators Pete Shasta, Danny Vincent and Amber Carfi fight a never-ending battle to keep their beloved families and hometown safe and sound.

​Written with Chris Spindler
Chris is a German author who also writes in English. Her first mysteries introduced London’s Inspector Frederick Terry to high praise from critics and readers alike. In Germany, Chris Spindler is mainly known under her maiden name Tina Zang. Her quirky “Karate Hamster” series is a roaring success with 7 to 10 year olds. She also writes YA romance and novels.  Find out more by visiting her website at http://www.christinespindler.com

Who is killing the midnight ladies? One fateful night a dancer from the town's scandalous strip joint is found strangled. It soon becomes clear to Investigators Pete Shasta and Danny Vincent that the close-knit "family" at the nightclub is a bizarre breeding-ground for unbalanced feelings and obsessions. Pete and Danny race to peel away layers of bitterness before another girl falls victim to the dance of death.

Is murder ever justifiable? Pete Shasta's brother Jordan's new neighbor is actually an old one from their childhood. Seeing bruises on MaryEmma, Jordan asks his brother to check into her past. Shelley's husband died in a fire only a week before they came to Falcon's Bend. Meanwhile, Shelley's new boyfriend is found bludgeoned to death, and the investigators can't help noticing she leaves a trail of dead men behind her...and Jordan may be next.

Bugs: Bugs: A partially digested body is found in the oxidation ditch at the Falcon's Bend Wastewater Treatment Plant. Was it an accident...or is Pete facing his first murder?

Broken Wings: Just two months ago, a runaway daughter Keith Pierce never knew he had landed on his doorstep. Seventeen years earlier, Keith had a brief, intense affair with a woman on the lam. When he returns to Kat's hometown of Falcon's Bend to find his daughter's mother, he discovers that Kat disappeared shortly after giving birth to Quinn. Investigator Pete Shasta solves a decade and a half old missing-person case that's about to turn into murder.

Obsessions: A newborn baby is stolen from Falcon’s Bend Community Hospital's maternity ward...and Pete’s only lead is to the Liace Adoption Agency which set up the open adoption. Case Representative Lisa Mercer is as suspicious and defensive as she is beautiful. With a kidnapper who seems to believe there’s nothing left to lose and potentially everything to gain, and his own uncontrollable feelings for Lisa, Pete’s about to learn just how dangerous obsessions can be.

Blind Revenge: For the first three years of her life, Lindsay Bronwyn had nightmares about a witch who wanted her eyes. Nineteen years later, those nightmares have come true when she's found murdered on her kitchen floor, her eye sockets empty. Falcon's Bend Investigator Danny Vincent faces the supernatural to get at a chilling flesh and blood truth.

Fixated: Someone has been following new Falcon's Bend citizen Risa Nitzberg for the past few weeks. Victor Brooks, her neighbor from across the street who's become fixated with Risa from afar, steps in when Risa's creepy stalker decides to get up close and personal.

On the anniversary of his arrest each year, Zeke Carfi receives a threatening letter signed by the wife of his deceased partner in crime. When Zeke is released on parole, his daughter Amber finds herself questioning everything. Is Zeke a good man? Is it possible to turn from a life a crime? Their reconciliation is cut short when Amber discovers the fifteenth letter...and the key to a fifteen-year mystery that could lead to murder.

Love—and murder—is in the air. Falcon’s Bend Patrol Officers Amber Carfi and Warren Jensen are partners on the job and lovers off-duty. In order to find a killer, their superiors decide to put her undercover. But her assignment goes from dull to deadly when she discovers a murderer harboring romantic notions…

Murder on the Heartstrings: Pete Shasta takes his lovely wife Lisa on a romantic vacation, promising her no mysteries, no crime, and certainly no murder. Just his luck, a body is found stuffed into a janitor's closet at the inn.

Flashback: In the midst of planning for the birth of his first child, Danny is called away because a person missing for seven months has suddenly, and suspiciously, dropped back from out of nowhere.

Double Take: Victor Brooks, celebrated artist and owner of The Brooks Gallery in Falcon's Bend, contacts local police about a missing painting. The very next day, two more pieces of art are stolen. Patrol Officers Amber Carfi and Warren Jensen stake out the gallery, hoping to catch an insatiable thief.

Retribution: The subdivision Pete and Danny live in becomes home to a hot young mama. It isn't until the beauty disappears, leaving her two young children alone, that they realize crime is firmly afoot.

Up In Smoke: A local Christmas tree farm burns to the ground. Owner Mitchell Ferrara is officially out of business for the holiday season. But was the fire an accident...or the means to cover up evidence of a crime?

Ghost of the Past: Amber Carfi stops for take-out, and a woman at the counter pushes a note written over to her saying someone has been following her all day and he’s now in the restaurant. 16 years earlier, Ericka gave birth to a baby she didn't want and she threw him in a dumpster. She's about to discover the hard way that mistakes have a way of haunting the guilty no matter how far they run… 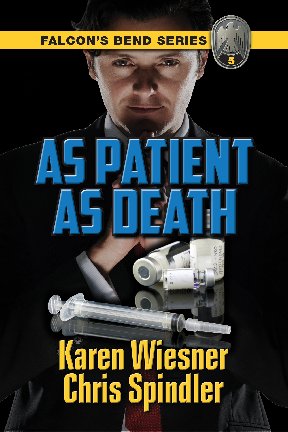 Pete and Lisa's neighbor Eva has suffered from cancer most of her life. She met Jerome and he swept her off her feet. Lisa discovers that, not only has Jerome taken out an immense life insurance policy on her, but he’s been married twice before…to terminally ill women. Unexpectedly, Eva's in remission. Will a man who’s been as patient as death become a killer when the goal he’d been waiting to be realized is thwarted? 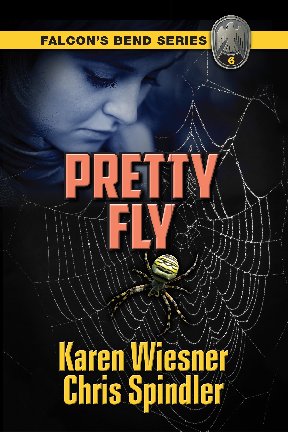 Shayna moves home to Falcon’s Bend after her romance turns disastrous. While staying with her brother Danny, she meets up with Sean, an old crush who’s recently widowed and the father of a 17-year-old. When Danny finds out she’s seeing Futrell, he tells her the deaths of Sean’s wives were more than a little suspicious. But rebellious Sean is exactly what Shayna needs. What pretty fly could resist the invitation of such a seductive spider? 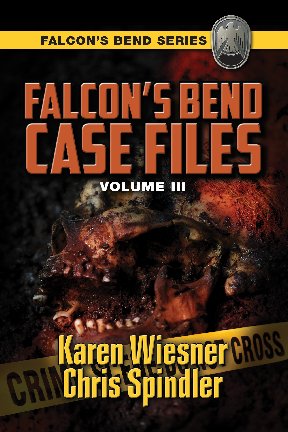 First Sight: On his last day on the job, Warren and Amber are called to the Falcon's Bend High School. Sloane Oligney and math teacher Chad Martin are the unfortunate hostages of a troubled student who blames Sloane for her daughter breaking up with him.

Identity: When his father is diagnosed with cancer, Pete tries to find his long-lost older sister by he’s gone by the time she’s located. Is his sister’s homecoming too little, too late…in more ways than one?

Cupid’s Romance: Danny and Amber get a case from an on-the-verge-of-divorce newlywed complaining of a stalker. Rye Iverson doesn't know who’s sending him notes signed “Cupid” that insist he continue the happily-ever-after brought about by the winged messenger of love.

Out of Mind: Amber and her new partner Fergie get a case of a woman on the run who insists she's being pursued by her childhood kidnapper. When she disappears again, the officers are left to piece together the tragedy of a child who may never escape her trauma.

Lonely Hearts: Pete’s wife Lisa becomes concerned about her sister-in-law’s sibling Shelley’s involvement in a “lonely hearts” support group, where she falls for a man accused of fraud and murder. Is Shelley again a victim or an accessory to organized crime?

Assassin: FBI agent Robert Lock shows up in Falcon’s Bend at Christmas-time. Once his own undercover assignment, a doomsday cult is focused on bringing down the WWW, Lock’s current interest is in protecting his wife Azure, the Associate Deputy Director’s daughter, who's not only involved in the cult but has to prove her loyalty to them by killing him…