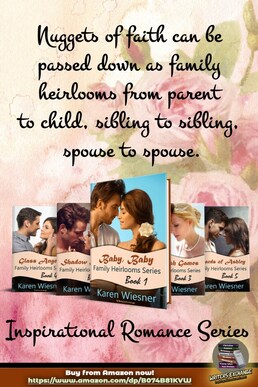 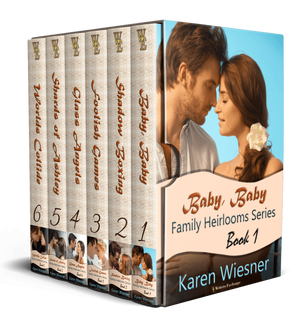 Nuggets of faith can be passed down as family heirlooms from parent to child, sibling to sibling, spouse to spouse. 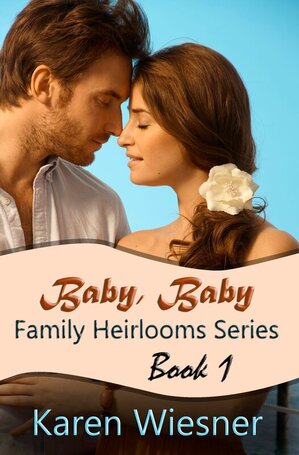 Thirty-seven-year-old Tamara married her childhood sweetheart Robert right out of high school and proceeded to have a passel of children who fill her life. With the last in preschool, Tamara decides to make a business out of her love of designing gift baskets. She doesn't expect Robert to be against it. Is she being selfish or is God leading her to continue being an outdated model of the Proverbs 31 wife--submissive, but never equal? 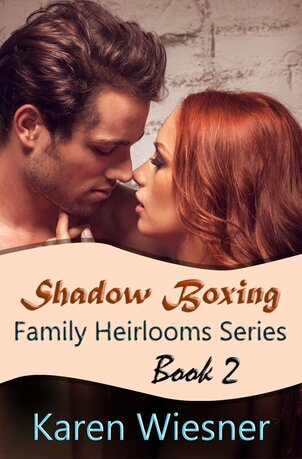 Joined before God and family out of a sense of responsibility? Or love? As a teenager, Justine's escape from the pressures of caring for her dying father was stolen moments with Joshua. But their tender, desperate liaison found them facing teen pregnancy and they married quickly. Now, with their empty nest looming, they face the hard questions. Had they married in love...or out of a hasty sense of responsibility? 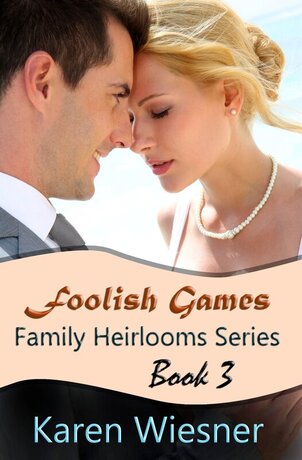 She was one of his late wife’s best friends. He’s the man she’s loved from afar for as long as she can remember. Falling in love could take simply letting go of their fears...or a miracle. 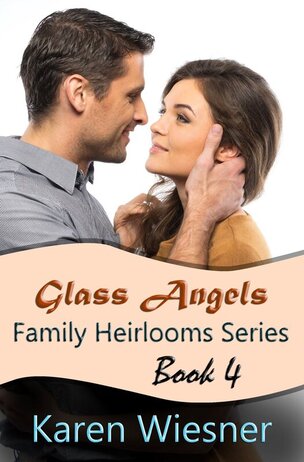 Samantha struggles with seeking pardon from those she's hurt when she can't seem to forgive those who wronged her. In the time since Kyle's brother was jailed for his crime against Samantha, he's lived with the torment of all he's lost. Seeing her again puts him right back where he was before. In the crossfire of faith, she wonders if glass angels shatter or if they can heal and become stronger than ever before. 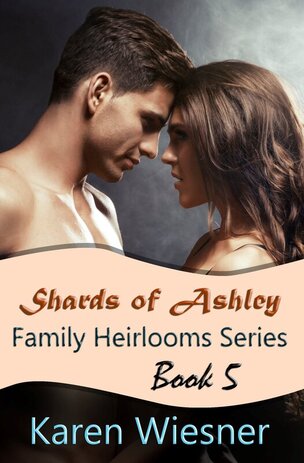 Ashley grew up in a troubled home with a mother who played at being a Christian when she needed to...and led Ashley to more addictions than one child could handle. As an adult, Ashley spends most of her time holding back the horrors she's not willing to face. The one man who gets through her defenses is Jay, but even he doesn't realize the extent of all she's buried... 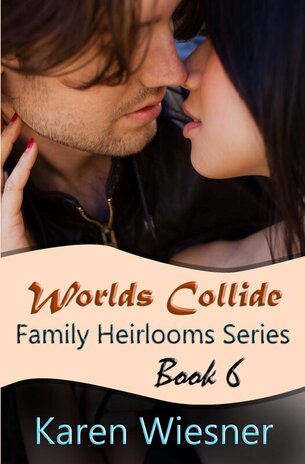 After twelve years of watching his happily married siblings and their children, Dr. Marcus Samuels can no longer deny the chronic ache inside him to start a family—though he has serious doubts about his wife-hunting abilities at the age of forty. Who better to fall in love with than your very best friend? 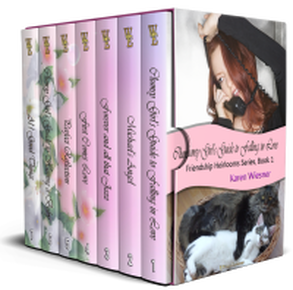 Return to Peaceful, Wisconsin and read the stories of those secondary characters in an all-new spin-off series. Nuggets of faith can be passed down as heirlooms from friend to friend, heart to heart, soul-mate to soul-mate. 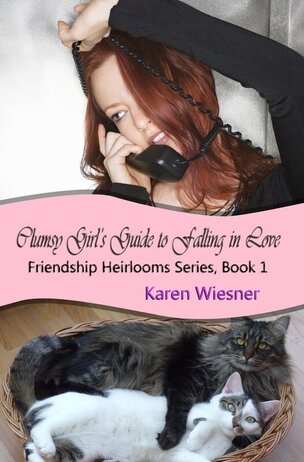 They were two abnormal peas in an even stranger pod… Zoë is the clumsy girl who always has her elbows, feet, eyes, and brass-red hair going in the wrong directions. After a lifetime of being evaluated critically—and found wanting—she’s trying to change…until she literally runs into the only man she’s ever gone loopy over. Curt has spent years trying to forget her, but he can’t help remembering how well they fit together. 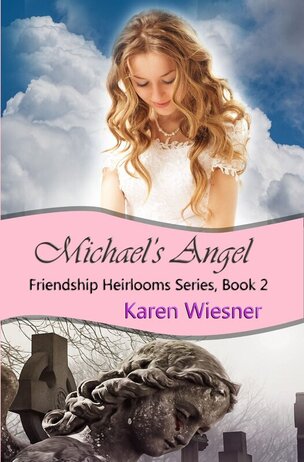 Michael has had it drilled into him from birth that he’s not worth saving. Then he met his angel LeeAnn. Together, they thought they’d escaped the horrors of their childhoods…but even as their dreams are coming true, the harbinger of doom waits, intent on taking away everything they’ve ever wanted. 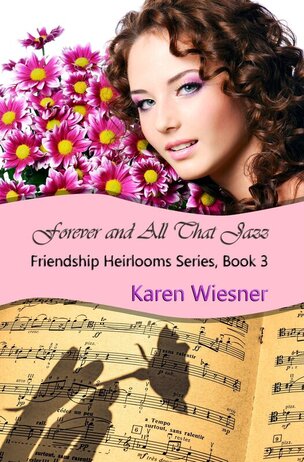 Newlyweds Jasmine and Wesley find out her sickly father can no longer live alone. Wes is barely coping with the extreme changes marriage has wrought as it is. Then her father tells Jazz her mother walked away to return to her career. Jazz has to know if her mother regrets her choices before she drops yet another life-changing anvil on her husband’s already aching head. 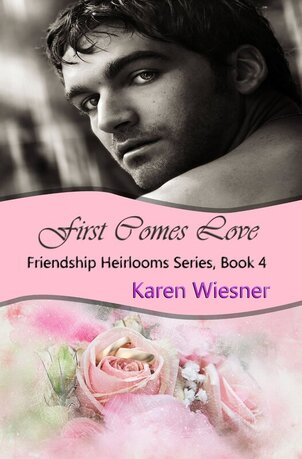 At the age of fifteen, Chad Feldmann and Winnie McBride made an impulsive choice that led to pregnancy. Now, years later, they have a precious little girl, they’ve both graduated high school, and they’re married. But all is not well in paradise. They’ve done everything backwards— the baby carriage, then marriage—but, regardless of all the wrongs committed, first came love… 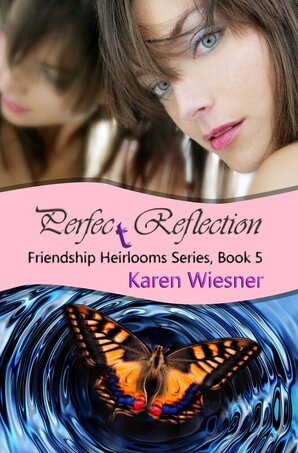 ​Elaina Houston has been taught to look, act and speak perfectly. When she couldn’t live up to the impossible expectations, she threw herself away. Now she has a second chance. Ethan Lynwood, her friend and maybe more, seems to like her just the way she is even when she’s a mess…maybe especially when she is. 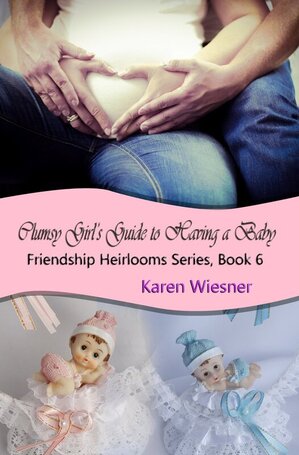 Clumsy girl Zoë Rossdale is back, married to the love of her life, Curt Bertoletti, and setting off on another crazy adventure—maybe the most fun and dangerous of all. Having a baby! 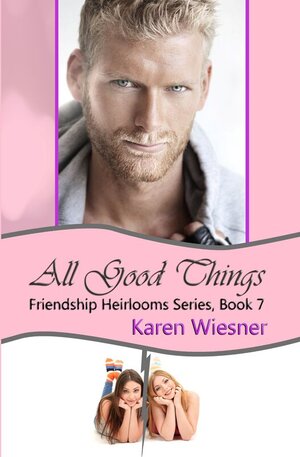 All good things must come to an end, but bad things continue forever? Vashti, Roz, and Justice grew up together, but their friendship fractured when Vashti realized Roz felt only jealousy for her over Justice. When Justice ends up in the hospital after Roz commits suicide and nearly extinguishes his life too, Vashti is the last person he wants there. His life's been spent in the middle and, even with Roz's death, he's not free.